The Code of Professional Ethics hereby specifies the norms of professionalism, integrity and confidentiality, as well as working conditions… 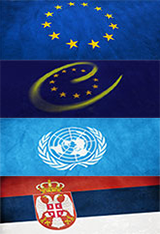 DPhil in general linguistics and Belgrade University Faculty of Philology professor of English and general linguistics. Visiting lecturer at many academic institutions in Europe, North America and Australia, including the universities of London, Oxford, Paris-Sorbonne, Vienna, Munich, Kraków, Poznań, Barcelona, New York-Columbia, Chicago, Texas-Austin, Oregon- Portland, Washington-Seattle, Sydney and Melbourne. He served as Vice-President of AILA (Association Internationale de Linguistique Appliquée) and President of the Societas Linguistica Europaea. A member of the European Academy of Sciences and Arts (Salzburg) and of the Council of Europe’s Committee of Experts of the European Charter for Regional or Minority Languages (Strasbourg). Some of his many publications in the fields of English grammar, general linguistics, applied linguistics and sociolinguistics are as follows: Lingvistika o čoveku [Linguistics about Man] (1975,1983), Jezik u društvu [Language in Society] (1986), Jezik od mira do rata [Language from Peace to War] (1995), Lica jezika - sociolingvističke teme (2001,2002), Nova lica jezika - sociolingvističke teme (2002,2009), Žargon - lingvistička studija [Jargon – a linguistic study] (2003,2006), Jezik i kultura [Language and Culture] (2005), Evropa u jeziku [Europe in Language] (2009) i Jezik i identitet [Language and Identity] (2010). U njegovu čast štampan je internacionalni zbornik radova: History and Perspectives of Language Study - Papers in Honor of Ranko Bugarski, Amsterdam Philadelphia: John Benjamins, 2000.

Sonja Licht graduated from the Belgrade University Faculty of Philosophy, Department of Sociology, and subsequently earned an MA in sociocultural anthropology. She worked as a research fellow with both the Institute for International Politics and Economics and the Institute for European Studies, and published many articles in local and international magazines and journals. From 1991 to 1995 Sonja Licht was the co-chair of the Helsinki Citizens’ Assembly, a broad coalition of various civic organisations and movements from Europe and North America. From 1991 to 2003 she was first Executive Director and then President of the Fund for an Open Society (Soros Foundation) in Yugoslavia (later Serbia). She also served as a board member of many reputable international institutions. Currently, she is the Chair of the Executive Committee of the International Centre for Democratic Transition, board member of the Council of the European Cultural Foundation, and a member of the Advisory Boards of the Geneva Centre for the Democratic Control of Armed Forces and the Geneva Centre for Security Policy. In Serbia, Ms. Licht is a member of the Executive Boards of the Women’s Fund “Reconstruction,” and the Jefferson Institute, Washington D.C. and Belgrade, respectively. In 2007 she became a member of the newly-established Foreign Affairs Council of the Ministry of Foreign Affairs as well as the Council for EU Integration of the Government of the Republic of Serbia. Ms. Licht is a recipient of many awards, including: the Award for Peace of the Swedish Social Forum, Award for Peace of the European Chancellors’ Club, Hiroshima Award of Edit and Ira Morris Foundation from Sweden, International Human Rights Award of the International League for Human Rights, Human Rights Award of the Albert Schweitzer Institute for Humanities, Award for Tolerance of Serbia and Montenegro Ministry of Human and Minority Rights, Pro Merit Medal of the Council of Europe, East –West Institute Alumni Association Honour, the MDG3 Torch, the Star of Italian Solidarity and the French Legion of Honour.

Nenad Vujić, Belgrade University Faculty of Law degree in international law. From 1994 to 1997 he worked at the Centre for Democratic Transition, Belgrade, and in 1997 and 1998 – the Lawyers’ Committee for Human Rights, Belgrade. From October 1999 until April 2000, he was a legal counsellor with the Humanitarian Law Centre in Belgrade. From October 1999 to December 2003, Mr. Vujić worked as a legal counsellor for the Norwegian Refugee Council as part of the Human Rights Project. From January 2004 until September 2005, he was a human rights coordinator with the Judicial Training Centre in Belgrade, and subsequently a director of the Judicial Centre. In January 2010, Mr. Vujić was appointed director of the Judicial Academy in Belgrade, Serbia.

Licence in law (1956) and Dr. iuris (1965), Belgrade University Faculty of Law. Honorary doctor, McGill University (Montreal) and University of Kent (Canterbury). Director of the Centre since 1995. Member of the Commission for Democracy trough Law (Venice Commission), Institut de Droit international, International Commission of Jurists, Permanent Court of Arbitration, Governing Board of the Association of Human Rights Institutes (AHRI) and the Serbian PEN Centre. Professor of International Law and International Relations at the Faculty of Law in Belgrade until September 1998, when dismissed because of opposition to the new University Act of Serbia and protest against the dismissal of colleagues. Inter alia, was member, rapporteur and vice-chairman of the UN Human Rights Committee, vice-president of the International Studies Association, judge ad hoc of the International Court of Justice, Chairman of the Yugoslav Forum for Human Rights, President of the Yugoslav International Law Association, President of the European Movement in Serbia, Member of Presidency of the Civic Alliance of Serbia and member of the Serbian Anti-Corruption Council. Visiting professor at the universities of Split (Croatia), Sarajevo (Bosnia and Herzegovina), Virginia (US), Oslo (Norway) and Lund (Sweden). Lectured at many other universities. Published and co-authored numerous books and articles. Terorizam (Terrorism), Strahovlada (Reign of Terror), Silaženje s uma (Descent from Reason) and Međunarodno pravo ljudskih prava (International Human Rights Law) were published in several editions. 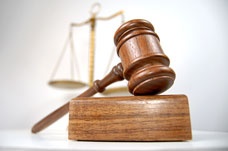 The Statute sets out the name and seat of the Association of Consecutive and Simultaneous Interpreters of Serbia... 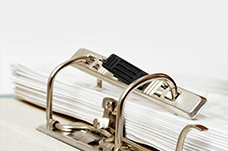 For simultaneous interpretation longer than half an hour, two interpreters in the interpreting booth are required, alternating every half hour...

LOOKING FOR AN INTERPRETER? 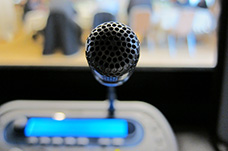 In order to provide translation or interpretation, the translator or the interpreter needs to understand the topic. Some interpreters also specialise...